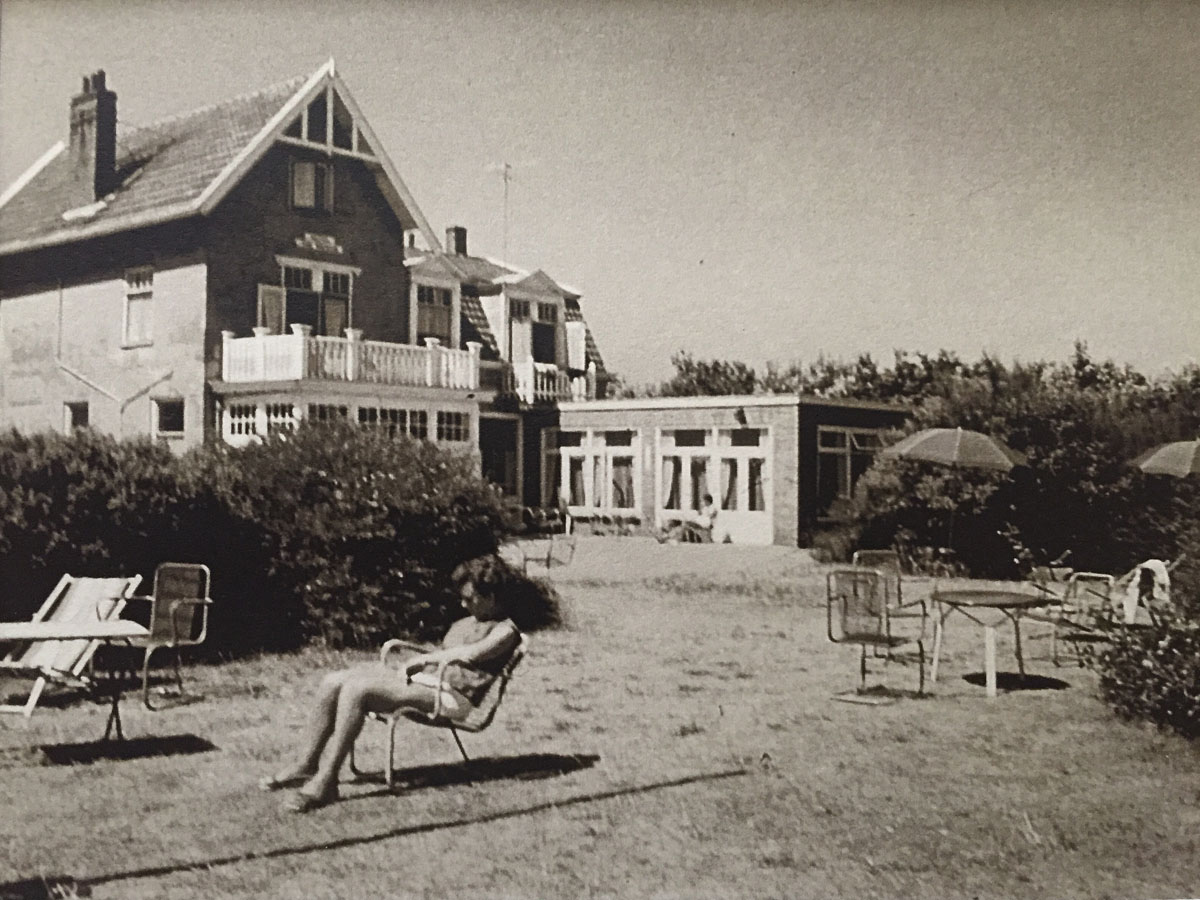 History Hotel the Wigwam
The Wigwam” is an unusual name for a hotel in a seaside resort, but a name with a history.
Villa “The Wigwam” was built in 1904 by Meinaard-Sprenger (1860-1951). His father was mayor of Domburg from 1850 to 1868.
Driven by loneliness and a feeling for adventure, he left at the age of 21 to North-America, where, after travelling around for some time, he ended up amongst the Blackfoot Indian tribe. He felt at home with these people and built a ranch, which he named Domburg and like the Indians, he traded cowhides.

After 20 years his cowboy life came to an end when he fell from his horse and he broke his knee, never to ride again. He sold everything and returned to Domburg. He built a villa and named it “The Wigwam”, which became his new home.

The Sprenger-Blackfoot collection has been preserved in the “Rijksmuseum voor Volkenkunde” in Leiden.

“The Wigwam” was officially booked as hotel in 1951. The Bimmel family has owned the hotel since 1975. After various alternations and renovations, it has become a first class family hotel.

This website uses cookies to improve your experience while you navigate through the website. Out of these, the cookies that are categorized as necessary are stored on your browser as they are essential for the working of basic functionalities of the website. We also use third-party cookies that help us analyze and understand how you use this website. These cookies will be stored in your browser only with your consent. You also have the option to opt-out of these cookies. But opting out of some of these cookies may affect your browsing experience.
Necessary Always Enabled
Necessary cookies are absolutely essential for the website to function properly. This category only includes cookies that ensures basic functionalities and security features of the website. These cookies do not store any personal information.
Non-necessary
Any cookies that may not be particularly necessary for the website to function and is used specifically to collect user personal data via analytics, ads, other embedded contents are termed as non-necessary cookies. It is mandatory to procure user consent prior to running these cookies on your website.
SAVE & ACCEPT